Forget about graphic design now and immerse yourself in the atmosphere of the night landscape, the silence poured in the air and the lake into which the float is thrown. Gently shift your gaze to the boy with the fishing rod, who sat comfortably on the moon. The moon turns into the letter D, and the name of the company and the three letters SKG, the initials of its creators, emerge from behind the clouds. 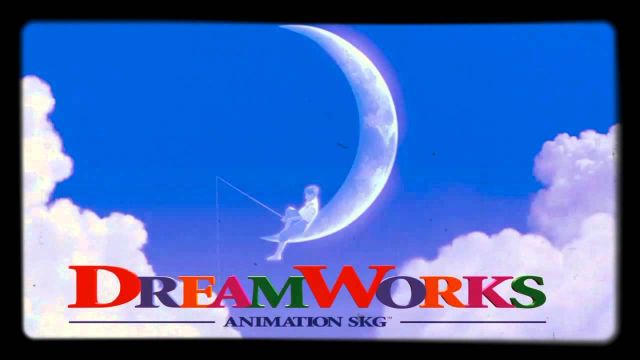 Dreamworks. Romantic logo, the history of which is two legends, choose any one according to your heart.

The director wanted to use graphic design, but artist Robert Hunt convinced him that the effect would be stronger if the logo was hand-drawn. The man was replaced with a boy, whom Hunt copied from his son.

The second legend. In which we remember that in every fairy tale there is a grain of truth

A couple of dozen people lived in a small fishing village. Kind, sympathetic people, they lived peacefully and always clung to each other.

As well as in any town, this village had its own attraction. Namely, the old man who told the most interesting tales in the world. Listening to him, people forgot about time, about all the problems and hardships.

The old man fished, in addition, he made wooden toys and distributed them free of charge to the neighboring children. His wife was waiting for her husband, ran the household and helped other women. They didn't have their own children.

The old man, seeing the people, got up from the bed and said: "It's time for my very last fairy tale."

Everyone got up, left and went back to the fire. The old man began to speak:

“This fairy tale is not a fairy tale at all. They say it was all real. Many, many years ago, in a small fishing village like ours, there lived a father with a little son. Once my son got very sick, they tried to treat him, but nothing came of it.

Then the father went to the sea to ask for help. For many days he cried to the Sea, but the Sea did not answer.

Then the father went to ask the Wind for help. And the wind did not answer him.

Then the father went to ask the moon. The moon was kind to the fisherman and answered his prayers. He asked the Moon to save his son, swore that he would give everything he had, if only the boy would not die.

And the Moon replied that she would save his life, only take him to her assistants. Since he is such a good fisherman as his father described him, he will help her follow her stars. Catch fugitives and return to the places assigned to them. She said, let the father not worry, he will see his son every night, and the son will see his father.

The father agreed, and that very night his boy seemed to evaporate. The whole next day the village searched for the boy and did not find it. And at night, people saw how the father stood at the cliff, looked at the moon, smiled and waved his hand, some even claim to have seen a little man on the moon, who waved back to him.

The boy was indeed there. Sleep during the day and stay awake at night. He loved to watch people, how they work, relax, how they make friends, love. Everything about them was interesting to him. For a long time he talked with the stars, sometimes catching them when they fell by negligence. Occasionally he even managed to talk with the moon itself, oh, what stories she told him!

And then one day, many years later, he saw a little girl on the ground. That girl was the kindest of all, the most beautiful of all. Many times before, he had tried to get people's attention, but she was the only one who saw him. They talked for a long time, many times she came to see him. And one day he asked the moon to let him go. He wanted to live with her all his life, short but happy. The moon let him go, but gave them only sixty years.

They settled in the village where he once lived with his father. He did what he could: became a fisherman. They lived together a long and happy life and, knowing that his last days had come, he did not regret anything.

The old man fell silent, people asked him to finish, to tell what happened next. To which he replied: “But no one knows yet.”

After that night, no one else saw that old man, they saw only his wife, who every night came to the cliff and looked at the moon for a long time. She waved and smiled, and she was waved and smiled back.